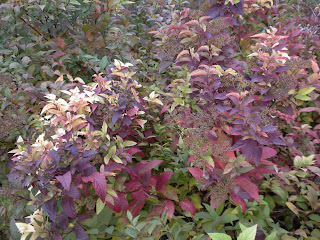 About six months ago something got me thinking about haiku.  I know very little about the form other than the 3 line syllabic pattern of 5 - 7 - 5.  But my interest had been peaked and it seemed to set itself into my imagination.  I began to write some haiku in a very free flowing, non-scholarly way.  It was just for fun.

I wrote these as they presented themselves and copied them into a notebook of their own, dating each one or each group.  The subjects are mostly daily activities, family events, memories, feelings . . . . all very personal, none very deep!

After some time of writing these I went back and read them as a group.  They had become very journal-like and had a certain cohesiveness.  Though still very light-weight, some speak nicely to things of importance to me.  I like what has happened with these.  There is definitely something of me in the collection.  I share some at the risk of ridicule but remember, I do not claim to be a poet!


Some examples of the light hearted:

April snow showers
Disquise the approaching spring
So May will startle.

A weight goal in mind
Favorite foods and mochas
Replaced by pretzels.

Not a party girl
Love the idea of it
More than the event.

An example of one written about work, these sometimes reflect my frustrations:


Do you see the sun?
My workday is fluorescent
Years of seasons gone.


I recently read a short piece by Jane Hirshfield called The Heart of Haiku about the Japanese poet Matsuo Basho, famous for his haiku poetry.  Indeed some of the examples of his work are breathtaking.  The Japanese haiku form differs from the English and certainly does not translate into the 5 - 7 - 5 syllabic pattern.  But it is amazing what a poet can do with so few words.  Just the very essence of an idea!

Even in Kyoto,
Hearing the cuckoo,
I long for Kyoto.


I love these.  Sparse, but so powerful.

This whole exercise feels as though it has stretched  an unused part of my mind.  It has opened me to a different kind of creativity.  I feel that stretching like this makes me more receptive to new ideas in general.  I will never be a famous poet but it has been enlightening and fun.  And I am still writing haiku but I promise I won't inflict any more of my poems on you all.

I encourage you all to try your hand at a poem or two.  Maybe haiku or another form, just try it . . . . you will be surprised at the results. 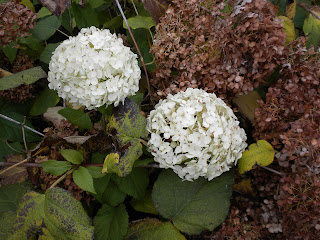 Kris Peters
Crystal, Minnesota
" Arrange whatever pieces come your way." - Virginia Woolf - I am always trying to remember this!

A native of Nebraska, I have lived with my husband in the Minneapolis metropolitan area for more than 23 years. My husband, Patrick, and I have a 25 year old daughter, Celia, and a son, Joseph who is 28. Maxi, our chocolate brown cockapoo, gets lots of attention now that our kids are building exciting lives of their own.
I have a degree in textile design and have been a hand-weaver and spinner of yarns most of my adult life. I love all things fiber and I work in a variety of fiber techniques.
I am drawn to the warmth and perceived history of used materials and found objects and love the aged character these bring to my work. All the little bits and pieces of everyday life hold a fascination for me and many of these pieces make their way into my work.
I also gain a sense of satisfaction from reusing or upcycling materials. Even my new materials, if leftover from first round projects, find their way into later works. Very little goes to waste in my studio.
I love to experiment with new techniques and to have the freedom to follow an inspiration to its conclusion. Sounds like FUN to me!